As an avid reader and, as per this blog’s namesake, enthusiast of audience engagement, I am excited about the concept HarperCollins and Waterstones have created with #KillerFest15

Okay, I realize #KillerFest15 sounds morbid and terrifying in equal parts but this marrying of virtual and physical events catering to mystery readers is brilliant. It sounds so fun I want to hop on a plane and join them in the UK for the festival on March 13th and 14th of this year.

The format of #KillerFest15 includes partnerships between crime authors, book shops, and social media platforms. Whether at the flagship event hosted by the London Piccadilly shop or connecting with the literary get-togethers hosted by crime authors, this event is a foray in building parasocial bonds (reader-to-writer; reader-to-reader; reader-to-writing) that takes publisher audience engagement to a new level. 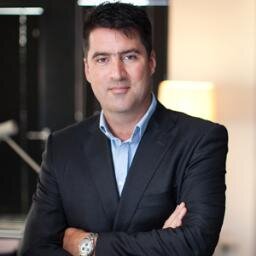 “Crime and thriller aficionados are the most impassioned readers of any fiction genre and the Killer Crime Festival is an inspired way to bring together readers and authorial talent,” said Charlie Redmayne, chief executive of HarperCollins UK. “I am absolutely delighted that HarperCollins and Waterstones are working together on this pioneering project – a project that fuses audience engagement in the traditional bookshop environment with engagement in the digital space” (Deighton, 2015).

This is a productive use of digital space and I’m interested to see how the event goes this March. I expect more publishers will be attempting massive audience engagement festivals like this in the future. As I currently work through a book marketing research project to complete my Master of Public Relations candidacy, I’m up to my elbows in conventional book marketing discourse, which makes me extra excited about reader engagement and book marketing events like this (that go the extra mile). The reach of #KillerFest15 is expected to reach 26 million between online and offline audiences.

Since becoming a thriller fan in November of last year, I’m still a newbie to this diehard group of readers and not nearly as committed to the genre as most. Nonetheless, I’ve been eyeing genre-specific conventions to connect with other fans of that faction of fiction. I’ve looked into festivals like ThrillerFest in New York this summer and though I can’t find a tally of their audience from years past, I would guess it doesn’t rival 26 million though it does seem to be a thrilling festival (pun intended). A reach of 26 million is above and beyond what most festivals could match in their most optimistic moments.

Will you be joining HarperCollins and Waterstones authors and readers on March 13/14 to make it 26,000,001?